Unlike the newcomers, hardcore Dota players can play blindfolded and know where on the map probably is one or another enemy hero. I think in many head flashed the thought “they are in Rosh pit” in just a few seconds to notice the attention. But the point is in the word “probably” and that a pair of seconds. It is dangerous to go in the enemy forest, or try to push the tower, or take away Aegis of the Immortal from that stoneheaded without vision. And I’m not just talking about Wards. You should use all available metods: an illusion or controlled creatures, spells of some characters, friends who play on a support; In other words, the visual map control – the key to victory. 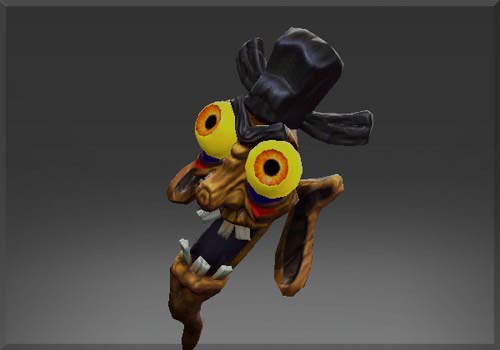 I will note here a couple of tricks. You can recieve view in the Roshans den with usual Observer Ward, and even ward at the entrance can be fooled with the invisibility spell or Smoke of Deceit. Versatile, but expensive means – the courier. In the very overextended games loss of courier does not have a major impact on the economy, but an exact knowledge of the moment of the resurrection of Roshan can decide the outcome of the match. Also, that can be done by such popular characters as Invoker with using Sun Strike or Forge Spirit, Beastmaster with his hawk, Vengeful Spirit, Templar Assassin and many others. However, all these methods are not as effective as the ability Eyes In The Forest from Treant Protector, which gives a constant overview of the den, and an excellent, and most importantly, a sudden opportunity for initiation. To do this you must purchase Aghanim’s Scepter and enchant one of the trees, highlighted in the picture below.

Back to main viewing tool – Observer Ward. Let me remind you that the range of viewing Observer Ward is 1600 units. According to statistics, even at a low ranking wards very quickly disappear from the shop, but where they usually placed? The most popular places are the points on the river near the runes approaches to forests, Roshan Pit. This is understandable, and rightly so. But we must always keep in mind these banal position and do not wait for 20-30 seconds until the next runes. Places where most likely located Vision from opponents should get round, especially when you juking.

In some situations, you should pay attention to the following wards.

It may seem that they will not bring significant benefits and generally will serve as the cause of severe criticism and reports. In a normal game it will be so, but even in the pub practiced tactic of split-pushing. Against this strategy, these wards will be extremely useful. From personal experience, I can say that they also help to detect those elusive characters like Tinker, Nature’s Prophet, Ember Spirit and similar.

One thought on “Dota 2 Boost advices – Visual Control of Map”