Heroes, which, in recent times were not particularly popular, can again become relevant. The popular analyst Shane in his tweet lists the characters that we’ll probably see next month.

Recently Doom increasingly appears on the professional stage. Players of the Team Empire Miposhka and Chappie played as Doom on the DreamLeague introductions early. Zai also played as Doom during his speech yesterday at WCA Qualifiers. The hero’s  win rate in high-skill is 52%, but low-skill player nearly forgot about this hero and Doom has a low percentage of winrate.

The tree of talents gives a special impression in comparison with other heroes. At the 20th level, Doom can devour ancient creeps. “His Infernal blade has a divine power,” Shane said.

The presence of the game character on the pro-stage grows the same as in the pub, just think about his capabilities. The absence of Doom in games does not give the right to forget about him.

Chaos Knight | From Chaos we born to Chaos we will come

Recently, the Chaos Knight was been performed well by Resolut1on and Crystallize on the qualifications WCA EU. His winrate is 54.8%, and over the past week, it has grown to 55.5%, making him this month the seventh on the list of the most successful heroes. At the moment, the “knight” is on the rise. The slowly growing popularity of Chaos Knight is part of a new trend for heroes based on illusions that can end the game and rise to enemy high grounds, which has become more difficult since the appearance of the shrines.

Manta Style & Heart of Tarrasque make illusions harsher, and they are quite difficult to kill without a good counter in the opponent’s team. Chaos Knight absolutely destroys single heroes, such as Viper, Wraith King, Ursa, Huskar, etc. To deal with Chaos Knight, you need heroes such as Earthshaker, Jakiro,  Sand King or other heroes with good AoE damage. Omniknight is also a good counterpick to the Chaos Knight.

Spirit Breaker | He will chase you until you dead

The current meta-game is very focused on all stages of the game. The best hero for this need is a hero who can attack among the entire map. The Spirit Breaker has a great mobility.

The hero does not need to be constantly present on the lines, he is too cool for this, just give him the opportunity to run around on the map. He gives visions, can handle most of the characters one on one, and his abilities have short cooldowns, which is the key factor why the Spirit Breaker is deadly. With the recent hero again begins to gain popularity.

The hero is easy to learn, and the thoughts about the bomb “Lifestealer Naix -Spirit Breaker” make you shudder enemies. If the Spirit Breaker plays against you, then you need to focus on the wards as much as possible. Eul’s Scepter cancels Charge of Darkness and makes the character look like a fool. A firm purchase.

“If my team has a Spirit Breaker, the chances of winning increases up to 80%, he just kills everything that moves,” Shane joked.

As we all know, Dota 2 is developing every day, and every new patch brings something new to the game. That’s why our portal wants to please you with another article on the topic: how and on whom to raise MMR in patch 7.06f. 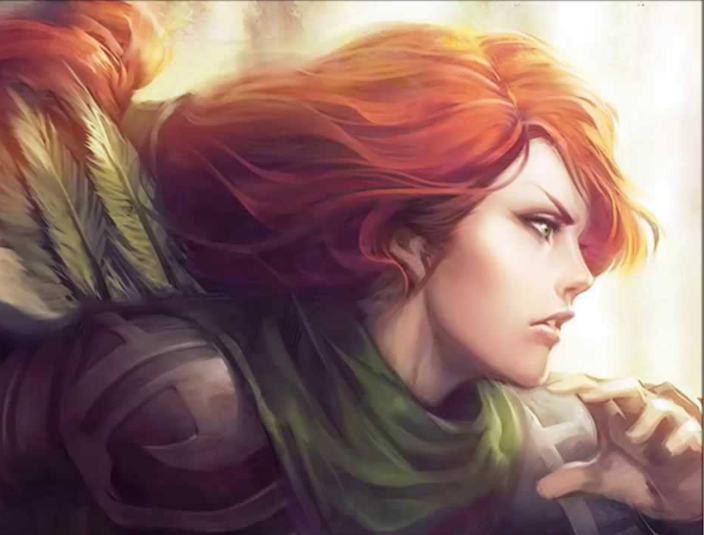 It is worth noting that Windranger was not popular in the past The International 2017, but the hero is quite popular on all ratings. With a nice attack animation, escape, a good ability to deal damage and no less useful ultimacy, with the proper assembly of artifacts and the pumping of the right talents, this character can become the cause of many of your victories.

On the example of the professional player Ludwig ‘zai’ Wolberg, we can consider how to win on this hero. Of course, in the process of the game you can, and sometimes even need to bring something of your own, but for the template, you can take this particular model. zai from the very beginning of the game actively moves around the map and tries to help his teammates. With pumped to the fourth level Powershot zai literally destroys his enemies one by one, thereby capturing the superiority at the beginning of the game. Lovely in the meta of the present time, Linken’s Sphere artifact is perfectly combined with the mobility of this hero, especially with an abundance of opponents with targeted abilities.

The talent that appeared in Windranger in patch 7.06, giving invisibility to Windrun is almost the best talent in the game, and, undoubtedly, it is worth paying attention to. Even if the enemy will actively use items that help overcome your invisibility, a short recharge of Windrun in combination with the above Linken’s Sphere is unlikely to leave them any chance to defeat you. To sum up, I’d like to add that by the 30th minute of the game Windranger is able to defeat almost any opponent one-on-one with appropriate artifacts and with the help of Shackleshot and Focus Fire. 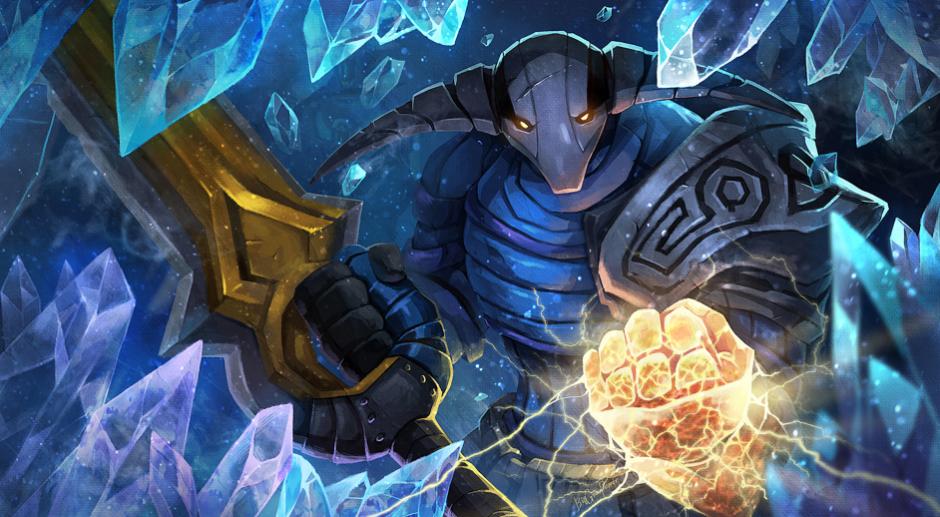 This hero was and remains one of the strongest carry in Dota 2. Along with the other heroes of this position, Sven is the most stable and easy to implement character. The ability Warcry in the aftermath of the last patch has received increased recharge. This change can not make Warcry, giving at the last level of pumping 20 units of armor, bad for the implementation of the ability, so that Sven did not become the less dangerous hero.

With his Great Cleave ability, a character with the help of allies can easily obtain the necessary artifacts to complete the game. At the moment, Sven Sven has a win rate of 52.77% and with the correct use of this hero, you can literally win alone.

It would seem that everything is so easy and understandable when playing on this hero, but it is worth taking into account a couple of points in order to win. In its swing of ability, preference is given to the Great Cleave, because it is this ability that allows you to quickly farm your line and the forest. Ideally, you should ask your allies to make stacks in the jungle, in order to quickly acquire the necessary items. Do not be greedy with skills when killing ancient creeps, so you can quickly deal with them and return to the farm on the line, or even join your allies in killing an enemy hero.

On the example of the Jordanian champion of The International 2017, Amera “Miracle” al-Barkawi, you can see that he mines gold for twenty minutes and then destroys two heroes of the opposing team alone. Mask of Madness in the absence of a lot of instant damage from enemies, combined with God’s Strength simply does not leave a chance for your enemies. And if your team has a hero like Enigma or Magnus, you can not only have full domination over the enemy throughout the game, but you can also turn almost lost matches. All in your hands! 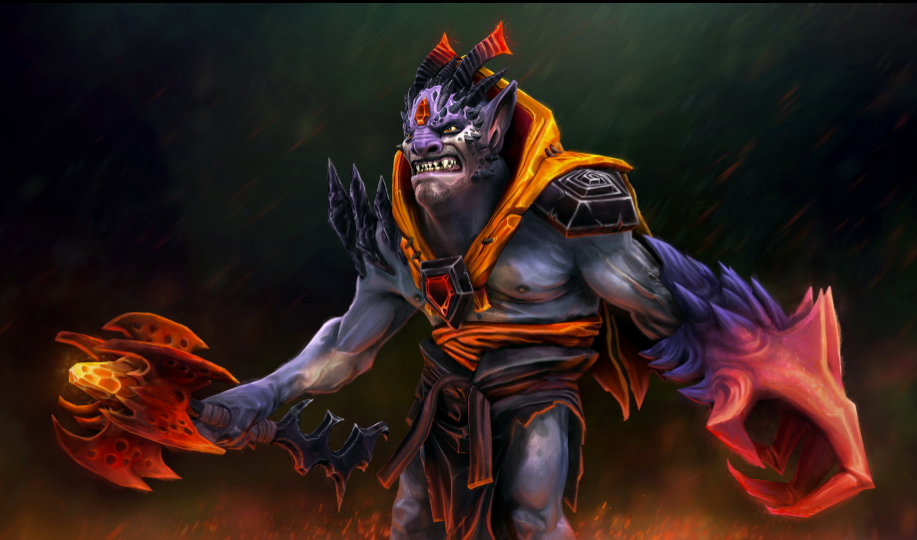 If the above characters are only suitable for players who prefer the main roles in the game, then Lion will be a pleasant surprise for those who prefer to play the role of support in the game. Win rate of this character at the moment has a weak indicator – 47.56%, but it has grown very much in comparison with the indicators a month ago. In patch 7.06f, Lion’s 20 level talent has been changed from + 8% to +300 damage from Finger of Death, which gave to the already strong ability a good boost.

Considering Lion as an independent support it’s worth noting that it is able to keep the enemy hero under control as much as 6.6 seconds with Earth Spike and Hex, which can become a critical time for many enemies. Often and without the help of the team, Lion quite successfully copes with the enemy hero and can kill him alone, but the participation of your teammates will not be superfluous and you can turn the game in your direction without any problems. The aforementioned Finger of Death in combination with Aether Lens and Aghanim Scepter without magical protection can inflict 1500 damage to the enemy on the area, which is simply unbelievable.

Also, Lion is very mobile and useful at the beginning of the game thanks to the assembly of Tranquil Boots and its Mana Drain abilities. Do not forget that the presence of support in the game, and in particular such as our hero contributes to your unconditional victory over the enemy. In support of all of the above, I would like to show you the game of ex-player, and now commentator Nicklas Wagamama Hegstrom, with the exception of his assembly of Mask of Madness, which in a serious game is not suitable for Lion. 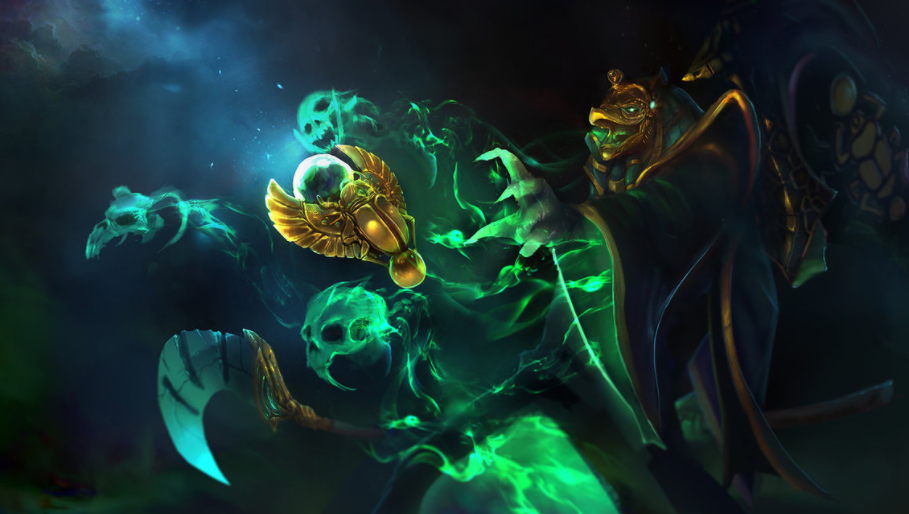 Finally, it was decided to leave, perhaps, the most successful example of the hero, on which it is easy and pleasant to raise MMR – Necrophos. I want to start with the fact that the hero in patch 7.06f suffered a change in the recharge of his Ultimate – Reaper’s Scythe from 90/80/70 to 100. To immediately relieve tension, it is worth saying that it did not in any way affect the utility of the hero. Excellent abilities and a large abundance of suitable artifacts when combined give Necrophos a win rate of 56.29% at the moment. This is a brilliant indicator and currently, it is only growing.

Necrophos is a hero who shows himself from the best side in any of the roles. The hero perfectly stands face-to-face with the enemy character on the central line, is able to endure the beginning of the game on a complex and in the extreme case suitable for the farm on an easy line. That’s why it’s suitable for most Dota 2 players.

The hero fits perfectly into the meter of aggressive play and is capable of destroying opponents on a cooldown of the Ultimate. The disadvantage with the long recharge time of Reaper’s Scythe is corrected by the purchase of Aghanim Scepter. Incredibly strong ultimacy and ability are complemented plus a whole good tree of talents. +40 Damage at level 10 is an excellent improvement in order to quickly inflict the necessary amount of damage to use Reaper’s Scythe.

Depending on the course of the game, Necrophos can easily become a good tank or someone who can quickly get the enemy hero out of action. In the first case it will help Blade Mail and Hood of Defiance, and in the second one you can try to assemble through Dagon. Situations are different, but from what you choose – it may well depend on the outcome of the battle. And to convince us again will help Wagamama: